Jay-Z and Kanye West have expanded their plans to collaborate on an EP into a full album together. 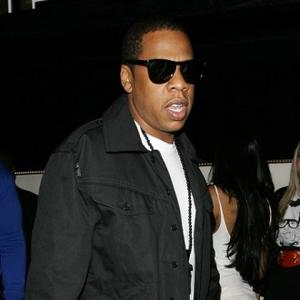 Jay-Z and Kanye West are working on a full album together.

The pair previously announced they were to collaborate for an EP called 'Watch the Throne', but Kanye has since revealed this will now become an album.

He told MTV: "We're putting out a whole album now. We had done five songs so far, but then a few of them kind of were out there - and I put them on my album. Sorry, Jay!"

Although Kanye used some of their initial ideas for his forthcoming 'My Beautiful Dark Twisted Fantasy' album - including the track 'Monster', a version of which featuring Jay-Z has been released - he added the pair have set a date to record again, and he doesn't expect Jay to have any problems coming up with lyrics.

He added: "We're going to the South of France at the end of this month just to record new ideas. We'll probably be done with the album in like a day or whatever. If you think about it, it's really easy for Jay: He only has to think of, like, 10 verses!"

Kanye has a long association with Jay, working with the star as a producer on his breakthrough album 'The Blueprint' in 2001.