'The Late Late Show' host revealed that he's tried on numerous occasions, without success, to get Kanye to do 'Carpool Karaoke' with him.

As ‘Carpool Karaoke’ continues to grow in popularity with no signs of slow-down any time soon, the list of megastars who’ve participated contains one person notable by his absence – Kanye West. But his absence is nothing to do with his occasionally controversial views, according to James Corden, instead simply because he keeps cancelling.

‘The Late Late Show’ host was speaking to Kanye’s mother-in-law Kris Jenner on the chat show on Monday this week, during a segment called ‘Spill Your Guts or Fill Your Guts’, where guests must answer an awkward question or consume a disgusting food or drink item.

He also revealed to Jenner, when she asked why Kanye hadn’t done ‘Carpool Karaoke’ yet, that he had confirmed but then bailed on THREE separate occasions. 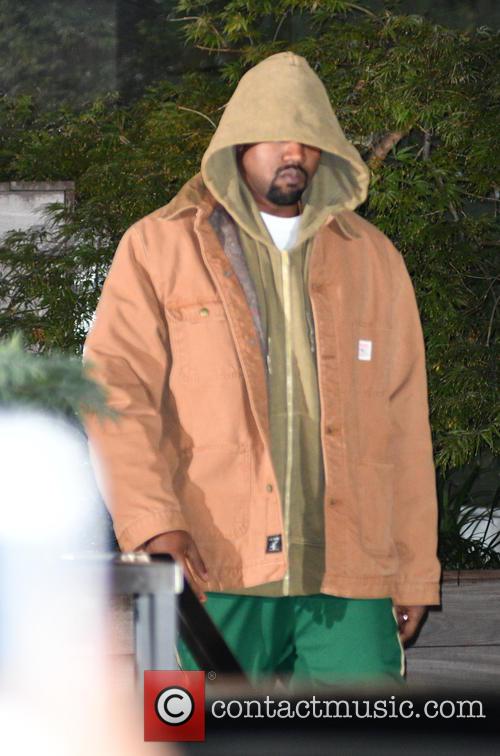 “He cancelled once as I was turning the corner to his house. I was in a car, and by the time the call finished I was sat outside his house and they were like, ‘He’s not in the zone for it right now. We’ll do it another time.’”

However, the British star also added that Kanye had apologised for his cancellation by sending a gift package.

“He did send me a lovely gift… He sent me these incredible flowers in a cube. A cube of flowers, which I’d never seen before, and he sent me a pair of Yeezys. People were like, ‘Woah, they’re so expensive,’ and I was like, ‘Yeah! They cost my show $45,000!',” Corden joked.

It sounds like Kanye will eventually get around to doing ‘Carpool Karaoke’, but in the meantime, Corden has plenty of high-profile guests lined up for the segment, in which pop megastars drive round Los Angeles singing along to their greatest hits with him as he interviews them.

Just yesterday, it was confirmed that Ariana Grande will be filming ‘Carpool Karaoke’, ahead of her new fourth album Sweetener being released later this month.