Chelsea Clinton is all for Kanye West running for President but she’s not certain if she’d vote for him – at least not until she sees his competition.

Chelsea Clinton, the daughter of former President Bill Clinton and Democrat nominee hopeful Hillary Clinton, revealed she thinks Kanye West’s decision to run for President in 2020 is “awesome”. Clinton’s enthusiasm isn’t necessarily with West’s policies but with his ability to inspire young people to get involved in politics. 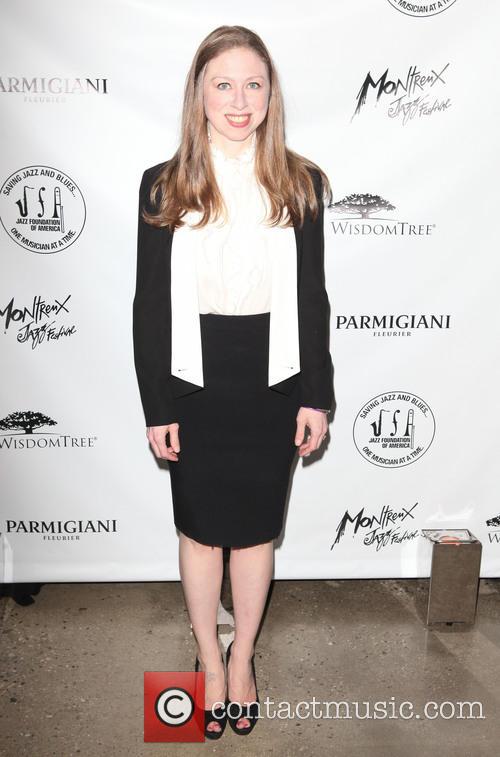 “I definitely think who runs for office is really important,” 35-year-old Clinton told MTV. “Even if him just saying that helps spark a little boy or a little girl who was watching the VMAs to think, ‘Oh, wow! Maybe I should do that,’ that’s awesome.”

However, Clinton hasn’t entirely made up her mind about West and she’s uncertain if she’d vote for him in 2020. She didn’t rule out the possibility but merely wanted to see who his competition was. If her mother is successful in her run for President in 2016, she may be campaigning against West for her second term in 2020.

“I think it depends on who he’d be running against,” Clinton said of whether she’d vote for West.

West announced his decision to run at the MTV VMAs on Sunday 30th August. He was accepting the Vanguard Award when he made the announcement.

“It’s about ideas, bro. New ideas, people with ideas, people who believe in truth,” West said in his speech. "And yes, as you probably could have guessed by this moment, I have decided in 2020 to run for president."

Earlier this week, West secured at least one celebrity vote when rapper Ice Cube revealed he would be supporting West in his proposed run. West may also have Taylor Swift as a running mate after sending the ‘Wildest Dreams’ singer a particularly impressive bouquet of flowers. Swift shared a picture of the flowers on Instagram and added the jokey hashtag #KanTay2020.