Songwriter and reality star Kandi Burress is suing her 'Real Housewives' co-star over a dance track.

Kandi Burress is suing her 'Real Housewives of Atlanta' co-star Kim Zolciak, over a bizarre 2009 dance track 'Tardy For The Party.' Burress and the songwriter Rodney Richard claim they were never paid their due share of the royalties from the track, with Zolciak apparently bagging the profits.

According to the lawsuit filed in U.S. District Court in George, 'Tardy for the Party' sold around 102,000 copies and downloads. Burress and Richard want Zolciak to provide a complete list of accounting of all "substantial profits and ill-gotten gains," from the single. Furthermore, the song-writing pair seek an injunction preventing all further sales of the song as well as all the money owed to them, plus damages for copyright infringement, unauthorized use/unjust enrichment and accounting/constructive trust, according to E! Online.

Zolciak is hardly quaking in her designer boots, tweeting yesterday, "Kandi tried to pull the song down in Dec on iTunes but after I showed documents and proved points song was immediately put back up."

Just why Burress is this concerned about 100,000 downloads is a little strange, given she penned TLC's 'No Scrubs' and Destiny's Child's 'Bills, Bills, Bills' - two of the biggest R&B hits of the past twenty years. She also wrote for Boyz II Men, Mariah Carey and Alicia Keys before joining the cast of 'The Real Housewives Of Atlanta.' Watch the 'Tardy for the Party' video. 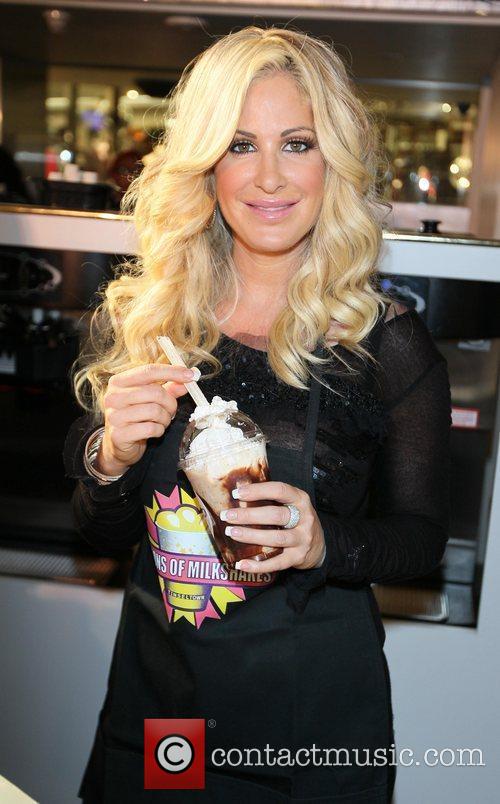 Kim Zolciak Is Being Sued By Her Own Cast-Mate