'The Big Bang Theory' stars Kaley Cuoco, Jim Parsons and Johnny Galecki are said to be collectively negotiating a new deal which would see them earn $500,000 an episode. 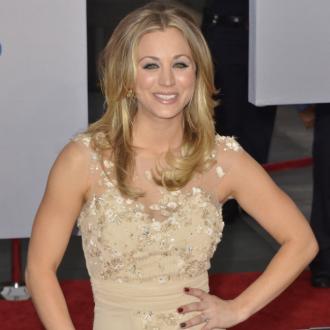 The three leads in the sitcom - who play Penny, Sheldon and Leonard respectively - are reportedly seeking a big pay rise as the show continues to be a huge success.

According to reports on Deadline.com, the trio are negotiating their deals collectively - as they have done since 2010 - and all want a considerable raise on their current salary of $325,000 per episode.

It has also been claimed two of the cast's newest members - Mayim Bialik and Melissa Rauch - are set to renegotiate their own contracts.

Their pay is then expected to increase every year and could peak at $100,000 an episode by the end of their contracts.

It is claimed Kaley - who previously dated 'Man of Steel' star Henry Cavill - was ''overwhelmed'' by her love life being so public, despite her success in the sitcom.

A source previously said: ''She just got overwhelmed with the very public Superman relationship. She's not used to that much attention and chaos in her life.''