Kaley Cuoco is reportedly set to marry her fiance Ryan Sweeting on New Year's Eve (31.12.13). The couple got engaged in September. 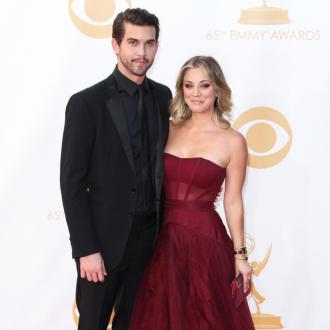 'The Big Bang Theory' actress will see in 2014 with a bang when she ties the knot with professional tennis player Ryan Sweeting.

As well as seeing 2014 in as Mrs. Sweeting, Kaley will lay on sumptuous cocktails and a dancefloor for her guest to celebrate her nuptials and the new year.

The actress recently admitted her quick engagement may seem a ''little crazy'' as Ryan popped the question to her after just three months of dating.

The couple first went public in September and confirmed their engagement later that month.

She said: ''I know that it seems a little crazy on paper. But it's what works for us.''

Kaley also revealed she has been planning her big day all of her life and wants to ride in on a horse.

She said: ''I might ride in on one of my horses, I secretly kinda want to do that.''