Kaley Cuoco is on a mission to cleanse Khloe Kardashian and Lamar Odom's former marital home of bad vibes after she bought the property in January. 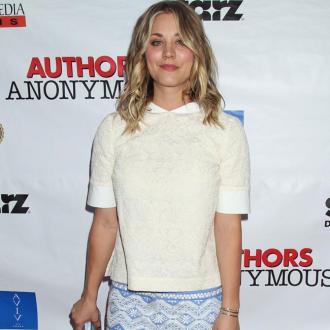 The actress and her new husband Ryan Sweeting, who bought the former couple's home for $5.5 million in LA shortly after they split in December, is on a mission to clear the plush property of bad vibes.

A source told In Touch weekly magazine: ''They hired a feng shui expert to restore the positive energy. Kaley doesn't want their future affected by anything left behind.''

The 'Keeping Up with the Kardashians' star and her estranged husband ended their four-year marriage last year amid claims Lamar cheated on Khloe with multiple woman and had an addiction to drugs.

However, the brunette beauty had a tough time moving out of the home in Tarzana after she discovered while packing up her belongings earlier this year that expensive jewellery had been stolen from the premises.

Khloe then went on to purchase Justin Bieber's old home in gated community The Oaks in Calabasas, California, and is currently renovating the whole mansion.

The 29-year-old star has hired famed interior designer Martyn Lawrence Bullard to help her decorate and has already removed a skateboard ramp that the 'Baby' hitmaker had installed on the property.