Actress Kaley Cuoco Has Credited Her Two Dogs With Helping Her Through The Pain Of A Marriage Break-up. 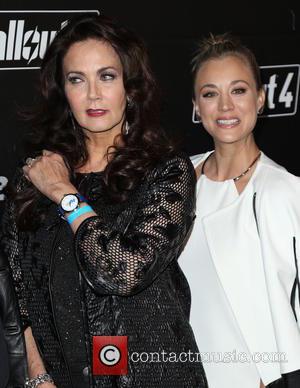 The Big Bang Theory star and husband Ryan Sweeting split in September (15) after months of speculation surrounding the state of their marriage, and now Cuoco has patted her pitbull terriers on the head for keeping her happy as her life took a turn for the worse.

Speaking at the Stand Up for Pits 2015 event in Hollywood on Sunday (08Nov15), the actress said, "My two pits have made this last year so much better for me."

The 29 year old was still clearly in a funk and appeared to be close to tears as she kicked off the event, which is held annually to boost the adoption of pitbull terriers.