Kaley Cuoco Thanks Fans For Support After Marriage Split

Actress Kaley Cuoco Has Thanked Fans For Their Support Following Her Marriage Split, Insisting She Is Looking Forward To Entering The "Next Chapter" In Her Life. 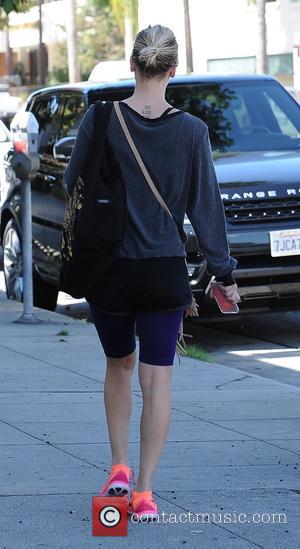 The Big Bang Theory star announced her separation from tennis player Ryan Sweeting last month (Sep15), after less than two years as husband and wife, and she filed for divorce days later.

He has since responded to her court papers and is reportedly asking for spousal support, even though the estranged couple had signed a prenuptial agreement prior to their wedding on New Year's Eve, 2013.

Now Kaley has broken her silence over the split to express her gratitude to fans online.

On Wednesday (21Oct15), the newly-single star, 29, shared an illustration of Winnie the Pooh and his pal Piglet, which featured the words: "Piglet noticed that even though he had a very small heart, it could hold a rather large amount of gratitude."

She captioned the post, "I'm feeling completely overwhelmed with the outpouring of kindness and support from the people that surround me and from those I have never even met.

"I want you to know, I read all your comments and your sweet words have touched me deeply. I'm incredibly grateful for all your love as I start this next chapter in my life."