Kaley Cuoco-Sweeting convinced her ex-boyfriend Johnny Galecki to give his new relationship with actress Kelli Garner another shot. 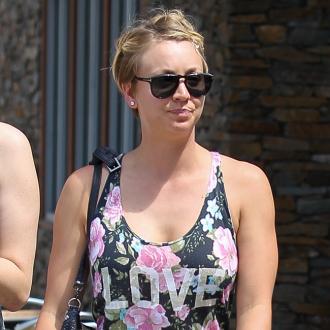 Kaley Cuoco-Sweeting helped Johnny Galecki get his relationship back on track.

The 'Big Bang Theory' star, who secretly dated her co-star for two years until 2010, reportedly had a heart-to-heart with him after he split from former 'Pan Am' star Kelli Garner recently and convinced them to reunite.

A source told Star magazine that the duo briefly split last month because Kelli wasn't ready for marriage, but they are now back together.

The insider added: ''Kaley convinced him not to give up. She explained that everyone is different and Kelli may need a little more time to come to terms with that type of commitment.''

Johnny, 39, previously admitted that he and Kaley, 28, who is now married to tennis player Ryan Sweeting, are still very close despite their history.

The actor was among those present to celebrate the blonde beauty's achievements when she was awarded a star on the Hollywood Walk of Fame last month.