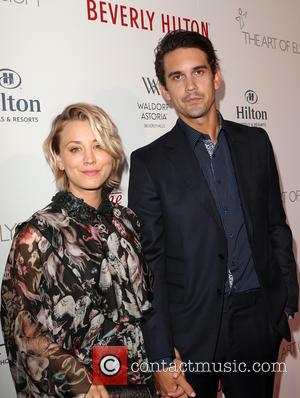 The Big Bang Theory star, 29, announced she was divorcing the professional tennis player last month (Sep15) after less than two years of marriage. Her divorce documents revealed the couple had signed a prenuptial agreement, but on Monday (19Oct15), Ryan submitted his own papers requesting spousal support from his wife, according to ET Online.

Ryan's paperwork also cites a different date of separation to the one his estranged spouse offered - Kaley noted the date 3 September (15), while the sportsman lists 25 September (15) as the day the couple decided to dissolve the marriage, which was the same day the separation was announced to the press.