The ink had barely settled before it was painted over.

It's safe to say that it's pretty much never a good idea to tattoo your body with a name, symbol or date in tribute to someone you're in a relationship with/married to. Kaley Cuoco is the latest to prove that as she unveils a cover up of her wedding date ink after her divorce from Ryan Sweeting. 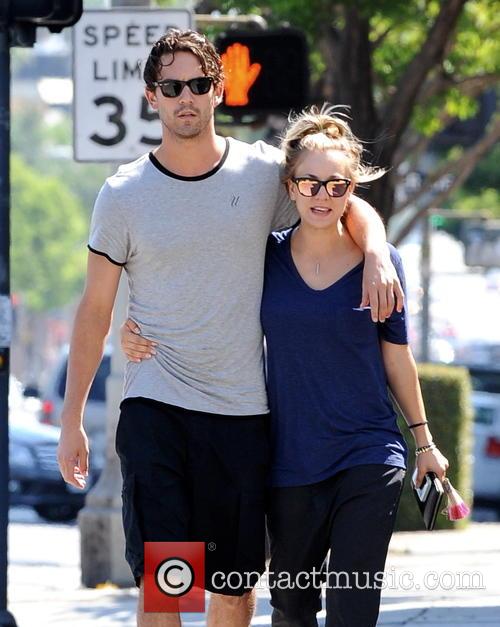 It was a whirlwind romance for 'The Big Bang Theory' star and her tennis player ex, whom she met in 2013 and became engaged to after only three months. Their marriage, another three months later on New Year's Eve, barely lasted two years before they announced in September 2015 that they would be seeking a divorce.

In that time, though, Cuoco etched her love for Sweeting into the back of her neck; a set of Roman numerals reading 12-31-13, i.e. her wedding date. She's been pretty quick to 'right that wrong' as she put it, however, and got a giant moth inked over it this week.

@nero_sct the deep, meaningful, larger than life meaning behind this beautiful piece of ink, is..... It covered the last one.

'Thank you for helping me right my wrongs', she said on Instagram. 'Note to self - do not mark your body with any future wedding dates #under30mistakes #donttakeyourselftooseriouslykids.'

The actress admitted that there was no particular story behind her new tat; it appears to have been a decision made and executed as soon as possible. 'The deep, meaningful, larger than life meaning behind this beautiful piece of ink, is... It covered the last one', she said.

Cuoco is being refreshingly candid about her brief marriage, which her rep announced was over earlier this year. 'Kaley Cuoco and Ryan Sweeting have mutually decided to end their marriage', the rep told E! News. 'They ask for privacy at this time. No further statement will be issued regarding this matter.'

More: Kaley Cuoco thanks fans for support over divorce

And they're not the only couple to call it quits this year; Megan Fox and Brian Austin Green separated after five years of marriage in June, Rosie O'Donnell's divorce from her wife Michelle Rounds was finalised in October, country stars Blake Shelton and Miranda Lambert announced their separation the same day the divorce was finalised, and Avril Lavigne and Chad Kroeger's marriage in 2013 lasted just two years. And that's not to mention the headline grabbing Miss Piggy and Kermit the Frog split.