The 29-year-old actress recently recalled how her hubby recorded her snoring to prove that she was falling asleep after undergoing sinus surgery.

Kaley Cuoco spent a lot of the Christmas holidays recovering from sinus surgery, and although her husband Ryan Sweeting was an "angel" throughout the whole process, he couldn't help to poke fun at his wife being on heavy medication. 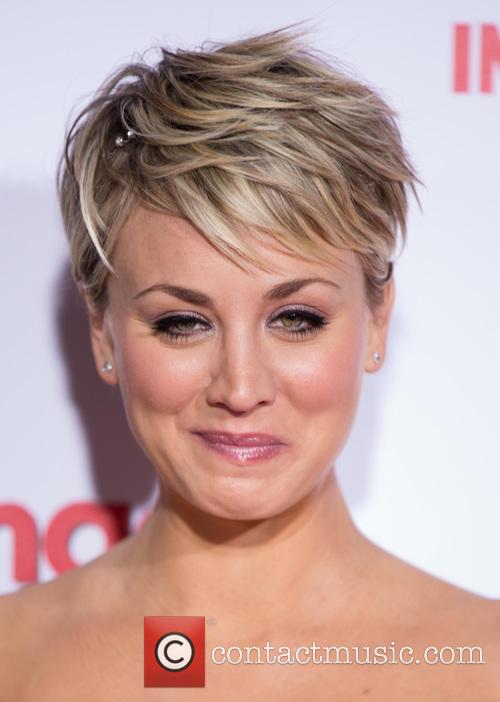 Cuoco snored after having sinus surgery

While appearing on 'The Ellen DeGeneres Show' Monday (Jan 12th), the 'Big Bang Theory' actress revealed that her hubby secretly recorded her snoring to prove a point after she underwent the minor procedure.

"I had sinus surgery the day after Christmas and it has been the worst surgery of my life. Very painful," she told the host Ellen. "And on top of it of course everyone thought I got a nose job which is so funny because if you know me I would've told you I got a nose job. I'm not going to keep it a secret."

Cuoco went on to tell Ellen the operation was "the worst," before explaining how it also had a big effect on Sweeting. "It was hard on my husband. He's been taking care of me but the week of the surgery, I had a lot of medication so I don't remember a lot of stuff so I...was convinced that I couldn't sleep," she said. "I woke up every morning being like 'I'm so tired babe, I can't breathe.'"

The CBS star also appeared to reveal the reason why she had to fix a deviated septum, it was because of addiction. Cuoco confessed she was "really addicted to nose spray like Afrin," and ended up "snorting it" under the table at major Hollywood events. "At awards shows, I would have to pick out the right clutch to be able to fit my Afrin in it," she joked. "I couldn't get enough, and it was such a problem. And I ruined my sinus, so I had to get it fixed."