‘The Big Bang Theory’ star says she already feels like 2016 is much better than 2015 already.

Kaley Cuoco has opened up about her rough 2015 which included the end of her one-and-a-half-year marriage to tennis pro Ryan Sweeting. Appearing on 'The Ellen Degeneres Show', Cuoco said she was in a much better place now, admitting that 2015 had been ‘bizarre’ and ‘rough’. 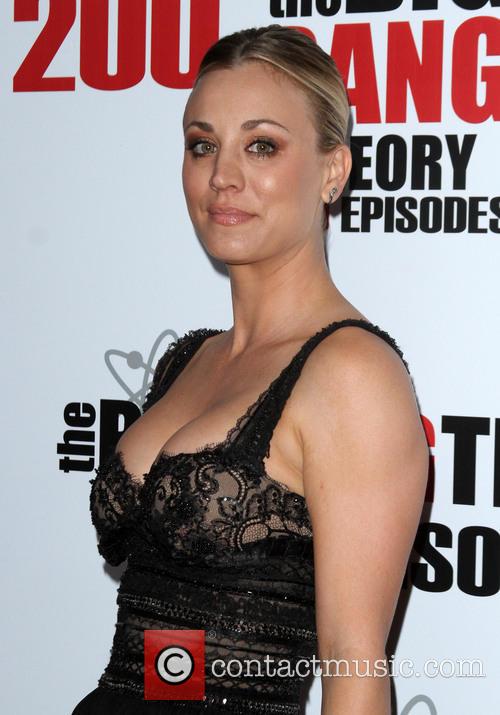 Kaley Cuoco has spoken to Ellen Degeneres about her divorce.

Speaking to DeGeneres on Tuesday’s edition of the chat show, Cuoco said: “Last year was very bizarre. We all go through really weird ups and downs. And sometimes I'm a little bit more seen.”

More: Kaley Cuoco Mourns Death Of Second Dog In Just Over A Week

“And everyone goes through that stuff, so I already feel like 2016 is going to be a much better year than 2015. And you know, it's been rough, but things are going good. I'm much, much better now. I’m in a much better place than I was.”

Cuoco and Sweeting were only married for a year and a half and the actress seemed slightly embarrassed when talking about the length of her marriage. She also cringed over her decision to have the couple’s wedding date tattooed on her back.

"I had the date tattooed on my back and everything to remind me,” Cuoco said, to which DeGeneres joked, “Maybe you should have put it on your front.” After their split Cuoco decided to get the date covered up with some new ink, of a large moth.

"The tattoo was a mistake. Had to cover it,” the actress said. When asked why she chose a moth, Cuoco replied: "It was big enough to cover the numbers.” The pair then joked about possible meanings Cuoco could say the tattoo held, with DeGeneres suggesting maybe she chose a moth because they’re ‘drawn to the light’.

Watch the clip of Cuoco talking about her new tattoo below: