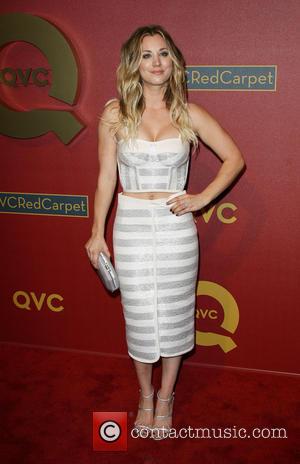 The Big Bang Theory star Kaley Cuoco showed off her athletic skills as she joined her tennis pro husband Ryan Sweeting on the court for a charity match on Saturday (22Mar14).

The newlyweds donned matching pink and black outfits as they attended the 2014 USTA Men's Pro Tennis Championships of Calabasas at the Calabasas Tennis & Swim Club in California.

Together they participated in a doubles game, followed by a singles match against each other, taking time to show good sportsmanship after the games with a kiss at the net.

Cuoco later took to Instagram.com to post a photo of herself and her husband after the match, along with a caption that read, "Had a blast playing a little mixed with ryansweething tonight. A man who agrees to wear pink, is a very very good man."