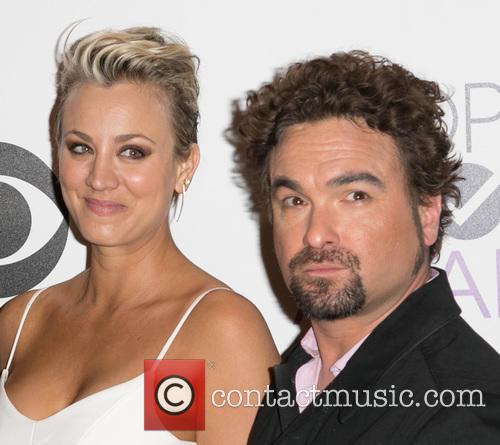 Kaley Cuoco and Johnny Galecki in 2015

More: Kaley Cuoco cites irreconcilable differences as being behind divorce from Ryan Sweeting

Just days before Cuoco announced her divorce at the end of September, she had spoken in glowing terms about her healthy relationship with her ex. “Johnny's actually one of my best friends,” she said on ‘Watch What Happens Live’. “Ryan loves him, Johnny loves him. It's been a long time, so it's great. I got lucky. It could have been horrible.”

For his part, Galecki is also recently single, splitting from his girlfriend of nearly two years, actress Kelli Garner, in August. Fans have been making a lot out of the fact that they’re both single and have history, but nothing could be further from the truth.

Back in 2010, Cuoco told CBS the reason for her split from Galecki in the first place. “It was a wonderful relationship but we never spoke a word about it and never went anywhere together… …We were so protective of ourselves and the show and didn't want anything to ruin that. We couldn't do anything. It wasn't as fun as we wanted it to be. Everyone was always asking, and we deny-deny-denied.”