Cuoco met her when 'The Big Bang Theory' cast was sat next to the 'Friends' table at James Burrows' NBC tribute in February.

‘The Big Bang Theory’ actress Kaley Cuoco admitted that she was completely starstruck when she met her idol Jennifer Aniston at the recent ‘Friends’ reunion three months ago.

Speaking on Tuesday night’s (May 10th) edition of ‘Late Night with Seth Meyers’, 30 year old Cuoco recalled fangirling Aniston when she discovered that she and the rest of the ‘TBBT’ cast were sat next to the ‘Friends’ table at the filming of NBC’s ‘All-Star Tribute to James Burrows’. 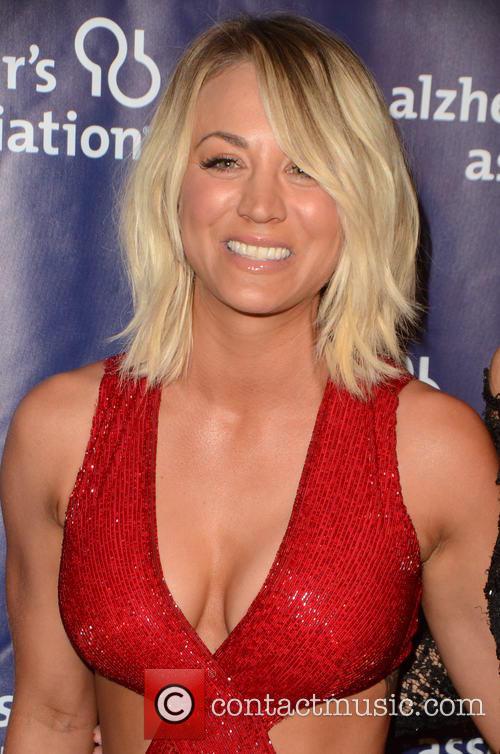 “She turns around and she literally goes like this: ‘Kaley!’” she gushed to Meyers about how Aniston greeted her. “It was like the skies opened up, and she smelled like a garden. It was everything I dreamed it would be.”

“Yeah I’ve met her before, she smells fantastic,” Meyers said back jokingly. “And you immediately know, ‘Oh, this is not an attainable smell for normal people’.”

At the filming of the TV special back in February, to which stars from both series were invited as director Burrows had had a hand in the creation of both shows, Cuoco shared an Instagram picture of her ‘TBBT’ co-stars with the ‘Friends’ cast who were present (Aniston, Courteney Cox, David Schwimmer, Lisa Kudrow and Matt LeBlanc).

Naturally, Meyers brought out this picture to embarrass Cuoco, who can be seen clinging rather closely to Cox with a massive grin on her face. Explaining, she said that she just felt as if she “needed to be touching one of them.”

She even admitted that she came extremely close to asking Aniston whether she wanted to exchange phone numbers, but her courage failed her at the last minute. “I’m still thinking, she’s probably looking for mine.”