The actress has separated from her tennis star husband 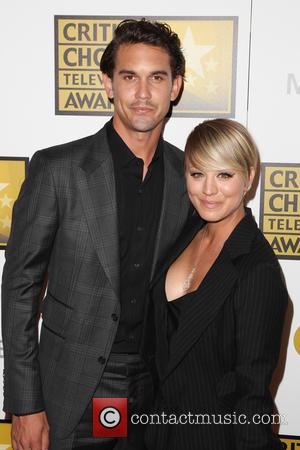 Big Bang Theory star Kaley Cuoco has spilt from tennis star husband Ryan Sweeting because of "irreconcilable differences", court reports have revealed. Documents have also shown that the pair drew up a pre-nuptial agreement just a month before their marriage on New Year’s Eve in 2013. The actress and her husband have split up

It was reported last week that the actress and sports star were filing for divorce and it has now been made official both in court and by the lack of a wedding ring seen on Cuoco’s finger.

Cuoco, 29, confirmed to People magazine on Friday that she and Sweeting, 28, had "mutually decided" to split ater their whirlwind romance.

A source told the publication: "The few times Kaley and Ryan were out together, the tension was noticeable.

"You could tell the honeymoon phase had ended.

"It seemed they were trying to work out their marriage by going on dates, but they both seemed miserable."

The divorce comes months after rumours of trouble in the pair’s relationship with started in April.

However, Cuoco defended her marriage as recently as June, insisting that rumours of a split were wrong.

In a now deleted post, she wrote: "All of you who take it upon yourselves to trash our marriage, daily working of our relationship and everything in between, go ahead and keep doing it, cause it only makes us stronger - if you were smart, you would take a look at your own marriage, relationship, job etc. instead of focusing on someone else’s.

"You might be surprised by what you find. You know my name, not my story."