The rising star will debut her talented voice.

After watching her sister Kaley Cuoco become rich and famous through CBS comedy The Big Bang Theory, Briana Cuoco seems to have decided she'd like a taste of that fame and wants to make her name as a singer. 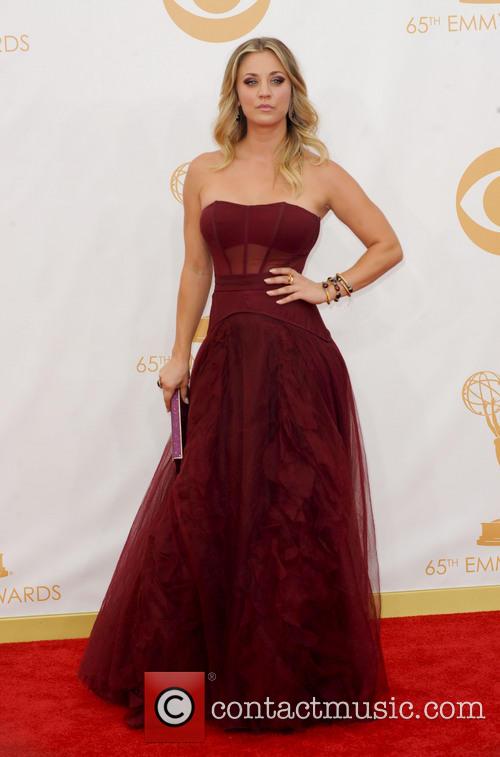 Kaley Cuoco Better Watch Out! A New Star Is Rising In Her Family.

Briana's name may not be as big as her big sister's but she's been steadily working her way up for years, appearing on CBS' The Mentalist and HBO's The Newsroom. She even made a guest appearance on The Big Bang Theory this year where she starred as a restaurant guest and helped choreograph a flash mob as a surprise for the show's creators.

Aside from being a singer, Bri is also a dancer and choreographer, helping to organise the flashmob with her sister.

Briana reacted to the overwhelming support she received on the internet after it was announced that she'd be auditioning in front of judges Christina Aguilera, CeeLo Green, Blake Shelton and Adam Levine. "Wow wasn't at my phone all afternoon and seeing everyone's support for #thevoice when I get back is incredible!!! THANK YOU," she tweeted, adding "...There are 5 nights of blind auditions - I do not know when my ep will air but it's comin."

Wow wasn't at my phone all afternoon and seeing everyone's support for #thevoice when I get back is incredible!!! THANK YOU!!!.....

The sisters were shown in a short clip on Monday night where Carson Daly revealed that Briana will have a chance to take part in the blind auditions in front of the judges. Kaley, 27, looked like she could not be prouder of her little sister's talents and it was clear there was no sibling rivalry.

On Sunday night's Emmy Awards red carpet, The Big Bang Theory star Jim Parsons revealed that Kaley had enduring a lot of well-meaning teasing from the show's cast after it emerged she had a talented sibling: "We give Kaley a lot of hell, like, 'Oh, so finally the world is going to see the really talented Cuoco!' Which is not true-we just want to give her s--t!" he said, via Access Hollywood.

The audience will have to wait and see how far through the competition Bri gets: The Voice will be aired Mondays and Tuesdays at 8pm on NBC.