The ‘Big Bang Theory’ star has told Jimmy Kimmel how she reacted after her intimate photos were leaked by hackers.

Kaley Cuoco has revealed the funny way she found out that nude photos of herself had made their way on to the internet earlier this month. Speaking on 'Jimmy Kimmel Live', the 'Big Bang Theory' star also told how she found the funny side of the situation and enlisted her castmates to help her mock the hackers, using her favourite app. 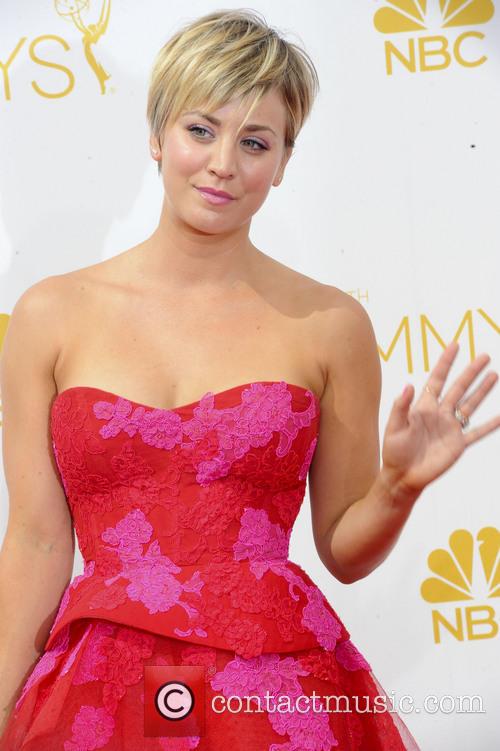 Admitting that she has a Google alert set up for her own name, Cuoco who plays Penny on the hit CBS series told the chat show host, "I totally have Google alerts that come to my phone, so anything that pops up with my name comes to my phone because I'm like obsessed, I need to know what's going on."

She continued, "so every day there's like 30 'Kaley Cuoco Nude Photos,' it's been going on for years but it's all these fake ones. So then this one came up and I was like, 'Oh, it's another fake one.' And then I started getting emails about real ones going around and I looked at it and I was like, 'Oh my god, there are some real ones.’"

The actress then said she immediately set out an email to her family telling them about the story, "I said, 'Just so you know, this happened, blah, blah, blah,  P.S. I'm not pregnant, I'm not getting a divorce — I was able to get everything out in the email," she joked.

Cuoco described the leak, whose other victims included stars such as Jennifer Lawrence and Kate Upton, as "a really bad situation”. But still the actress decided to take the matter into her own hands and make a joke about it.

"You have to make fun of yourself," Cuoco told Kimmel. "So I took a picture with my favourite app, it's called Nudify, it's hilarious you can blur things out. I was shooting a scene on 'Big Bang Theory' and I was with all the guys, and it was the day after this whole nude leak happened. So I'm sitting there with them, and in between takes they all helped me pick out the picture and what I should nudify so I could, like, get them [the hackers] back. It was a team effort.”

Cuoco and the rest of the 'Big Bang Theory' cast are currently shooting the show's eighth season, where the actress, along with Jim Parsons and Johnny Galecki will all earn a massive $1 million per episode. The salary increase is thanks to a new three season deal the actors struck last month, which tripled their per episode earnings.