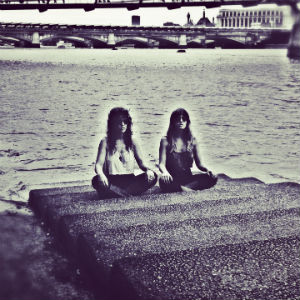 The full line-up for the Eden Session curated by indie-pop superstars Kaiser Chiefs has been announced, with Tom Tom Club and Deap Vally heading the support bill.

The show, which takes place on Saturday June 29, will have a mini-festival feel, peppered with some of the Kaiser Chiefs' favourite acts.

Downtown Rockers features Tom Tom Club's characteristic upbeat fusion of electro and funk and was recorded following an extensive US and European tour. The band formed in 1981 and are famous for tracks such as Genius of Love and Wordy Rappinghood.

Los Angeles alt-rock duo Deap Vally, also known as guitarist and vocalist Lindsey Troy and drummer Julie Edwards, formed after meeting at a needlework class. They are coming to Eden following successful tours as the main support to both Muse and Mumford & Sons.

The band garnered critical acclaim with their bluesy debut single Gonna Make My Own Money last summer and followed it up with the similarly rambunctious End of the World and Lies. Their raw, pared-down sound has drawn comparisons with the White Stripes and The Black Keys. Their debut album is due to be released later this year.

Exeter's The Computers will also play the main stage. The band is set to follow up their hardcore punk debut This is The Computers with the soul-tinged Love Triangles Hate Squares, due to be released on April 29. The main stage line-up is completed by folk rockers Brother & Bones and the PJP Band.

Rita Broe, the Eden Project's Strategic Marketing Director, said: 'Kaiser Chiefs are back at the Eden Sessions, but this time they're bringing some friends! With legends Tom Tom Club, the very hot Deap Vally and a whole lot of other great artists hand-picked by the Kaisers, this promises to be a fantastic day of music and fun at Eden.'

The Eden Sessions are set to enter their twelfth year in 2013 following an acclaimed series of gigs in 2012 headlined by Blink-182, Plan B, Tim Minchin, Chase & Status, Noah and the Whale, The Vaccines, Example and Frank Turner.

Live footage of some of the biggest bands in the world playing at the Eden Sessions is now available to fans for free. The exclusive live videos, which were shot at Eden Sessions gigs since 2002, have been released onto a dedicated YouTube channel called Eden Sessions TV. New tracks and artists will be added to channel regularly.

Tickets to the Kaiser Chiefs Eden Session cost £30 plus £5 booking fee and are currently on sale.