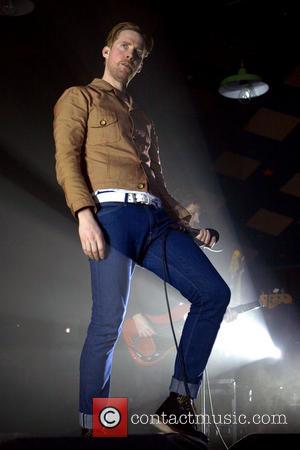 Music stars including Kaiser Chiefs frontman Ricky Wilson, singer Lianne La Havas, and rapper Plan B have backed a campaign to save a historic London gig venue from closure.

The George Tavern in Stepney, east London is under threat after developers were given the green light to turn a nearby building into luxury apartments, and the pub's owners fear complaints about noise from gigs will force them to close the venue.

The pub's landlady Pauline Forster launched a petition in a bid to save the pub, and she has won the support of numerous music stars, including Wilson and La Havas, as well as Plan B, who featured the venue in his movie Ill Manors.

Wilson, who attended a gig at the George Tavern on Sunday night (02Mar14) in support of contestants from his Tv talent show The Voice, says of the battle to save the pub, "Live music is something this country should be very proud of. It does not start on the television screen, it starts on a sticky carpet in front of a dusty curtain."

Stars from other areas of the entertainment industry have also backed the fight, including acting veteran Sir Ian MCKellen and model Georgia May Jagger, who has been pictured sporting a T-shirt emblazoned with the slogan 'Save The George Tavern'.