Kaiser Chiefs drummer Nick Hodges has revealed the band were really excited when singer Ricky Wilson came up with the idea to allow fans to choose their own tracklisting for new LP 'The Future is Mediaeval'. 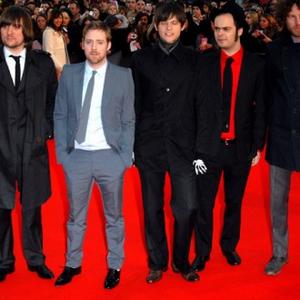 Kaiser Chiefs felt like they were "really sticking it to the man" with their new album.

The 'Little Shocks' group have released 'The Future is Mediaeval' on a basis where fans can choose 10 out of the 20 tracks they have recorded to make their own album, and felt it was a revolutionary idea at the time.

Songwriter and drummer Nick Hodges said singer Ricky Wilson came up with the concept, and that it "felt really punk rock when he explained it to me. It felt like we were really sticking it to the man."

Surprisingly, however, the idea was a hit with the record company, who described the move as "daring" and "innovative", and the only problem they ran into was trying to keep their idea secret before the release.

Nick added to NME magazine: "It's been a bit stressful, because we've been keeping this secret for so long. There have been times when you get a bit drunk and you feel like blurting it out. I think Ricky's had a couple of close calls."