Kaiser Chief frontman Ricky Wilson has had his indie-heart broken by the evil executives at the new Leeds Arena, who have booked Bruce Springsteen and Elton John for shows at the new 13,500 seater venue despite initially confirming the Yorkshire band as an important part of is opening season. The Boss will open the doors of the arena on Wednesday 24, July, before Elton plays on September 4, 2013. The Kaiser Chiefs appear to have been relegated to the third act to play the venue on September 14, 2013, despite believing they would be opening the whole thing. 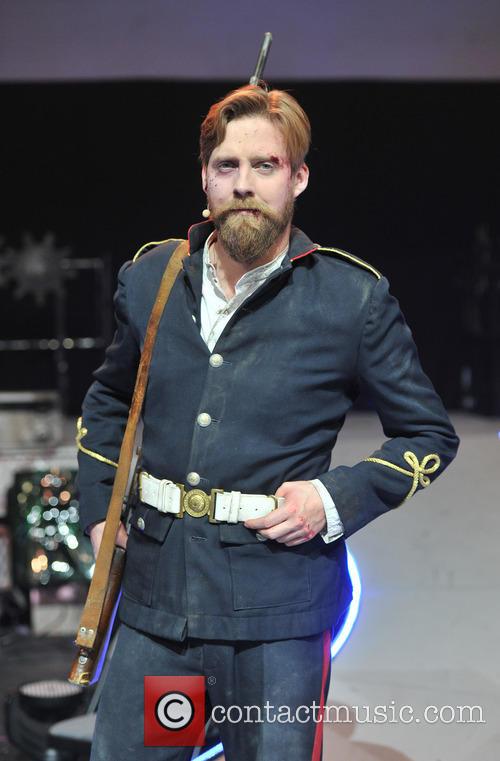 Wilson's band were among the first acts to be announced for the arena, with bassist Simon Rix saying at the time, "Having played everywhere in Leeds from the Duchess (RIP) to Elland Road, we are massively happy that Leeds has built somewhere new for us to play. Looking forward to opening Leeds Arena next year, it's going to be bigger than Ken Bates' legal bill." Now, with marquee acts signed on, Wilson is understandably hacked off. "Really f*cked off with Leeds Arena, they asked us to open the thing then put Elton on the week before and now Bruce," tweeted the singer on Tuesday afternoon (February 19, 2013) before quickly deleting the message. He followed it up by saying, "Thought I better delete that. Just really f**cked off."

It was announced earlier this year that Kaiser Chiefs drummer and primary songwriter Nick Hodgson was leaving the band to set up his own record label, Birthday Records, recently putting out the 'Between Us Girls EP' by New York punk-pop band Drowners.

Kaiser Chiefs are midway through a 13 show tour, which began at Carlisle Sands Centre on February 11 and will end at London's O2 Academy Brixton on March 1.

Watch An Animation Of The All New Leeds Arena: