When your mother was basically the face of the nineties, following her footsteps into modelling might seem like a daunting task. But 15-year-old Kaia Gerber, the daughter of original supermodel Cindy Crawford, seems to be doing just fine already, with a top fashion award and a high-profile beauty campaign. 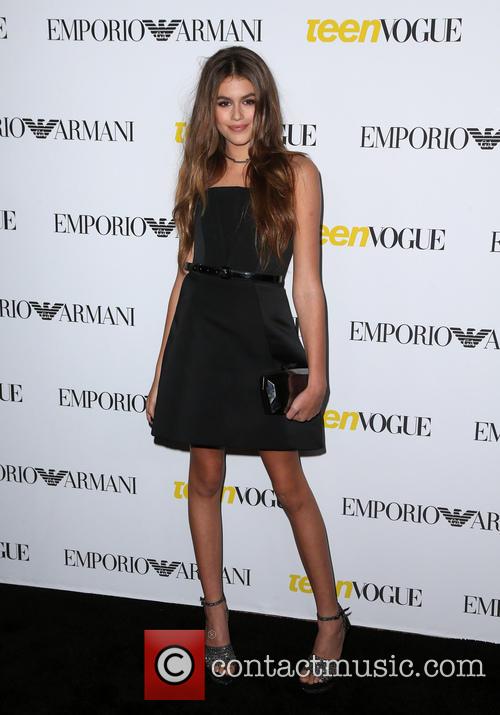 The accolade came just after Kaia announced the biggest campaign of her career so far, when she was revealed as the new face of Marc Jacobs Beauty. The 15-year-old has also already featured on the cover of French Vogue and Pop magazine.

Speaking to Entertainment Tonight, Kaia dished on what it was like growing up in the spotlight as the daughter of Cindy Crawford. "I don't think you ever get used to it, because this isn't normal,” she said.

Mom Cindy has given her daughter plenty of valuable advice during her career so far, but as for her best tip Kaia said: "She told me to have a thought behind every picture, every expression, so that you are not just like, staring, [or] blank behind your eyes. You have a reason for what you're doing.”

More: What Will Cindy Crawford Do Next?

While most teens her age are still at school Kaia now has a full time modelling schedule, but luckily it’s a job she loves. "It seems like a lot, but I definitely need time to do normal teenage things," she told ET. "Even though I have to miss out on some things that normal teenagers do, this makes it all worth it.”

Kaia Gerber: I got into skincare in lockdown

Kaia Gerber gets own loungewear from Bleusalt

Kaia Gerber has 'faced a lot of struggles' in her industry

'A little accident': Kaia Gerber has broken her wrist

Kaia Gerber is 'trying to remain healthy on the inside'

Kaia Gerber: Photo shoot with my brother was 'amazing'