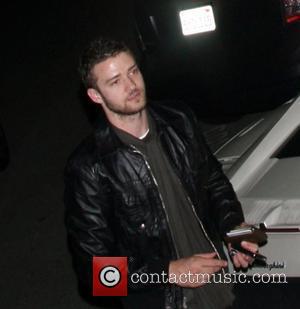 Picture: Justin Timberlake out and about in Hollywood Los Angeles, California - 27.09.07

Pop hunk Justin Timberlake regrets signing his lucrative advertising deal with MCDonald's. The former 'N Sync singer recorded I'M LOVIN' IT for an international branding campaign for the fast food giant in 2003. Timberlake tells British men's magazine GQ, "I regret the MCDonald's deal. "Just like the MCDonald's deal, whose market share went up 25 per cent when I walked into those offices and changed their image... when I did the Grammys, the viewing figures went up by 25 per cent."