Justin Timberlake, Backstreet Boys and Rob Kardashian were among stars who paid tribute to troops in celebration of Memorial Day today (26.05.14). 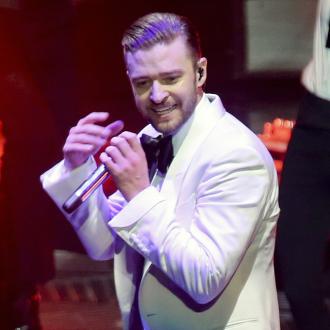 Justin Timberlake and many other stars have paid tribute to troops in celebration of Memorial Day today (26.05.14).

The 'Sexyback' singer is spending the US national holiday on tour and is currently in Istanbul, Turkey, but still took the time to say some words reflecting on the fallen soldiers his home country has previously lost.

He wrote on Twitter: ''Today we remember our heroes in uniform who made the ultimate sacrifice defending our great nation. Thanks to them we can live freely.''

A number of other celebrities shared the singer's sentiment, and paid their own tributes.

Channing Tatum quoted a former US President, writing: '''The cost of freedom is always high, but Americans have always paid it.' - John F. Kennedy #MemorialDay (sic).''

Backstreet Boys' official account tweeted: ''Happy Memorial Day! Shout out to all of the wonderful people who serve America and keep us safe - you are amazing.''

Actress Chloe Grace Moretz tweeted: ''Thank you so much to all the servicemen and women who have gone above and beyond protecting our country. Happy Memorial Day.''

Ceremonies and parades are taking place across the US today in honour of fallen troops. Yesterday (25.05.14) President Barack Obama arrived in Afghanistan to speak with soldiers treated at a base hospital.

He also paid tribute to the more than 2,100 US military members who have died in the ongoing 13-year Afghan conflict.

Rob Kardashian also used this morning to make a fresh start, after flying out of France and missing his sister, Kim's wedding to Kanye West at the weekend, for reasons which aren't entirely clear.

He wrote ''good morning from Los Angeles'' before deleting all of his previous tweets and changing his avatar, then writing a Memorial Day tribute.

He said: ''Happy memorial day. Blessed is the nation whose God is the LORD. Psalm 33:12. Lord Jesus, protect those who protect me - police, firefighters, and those in the military. Teach me to pray for them and to honor them for their service. Amen.(sic)''