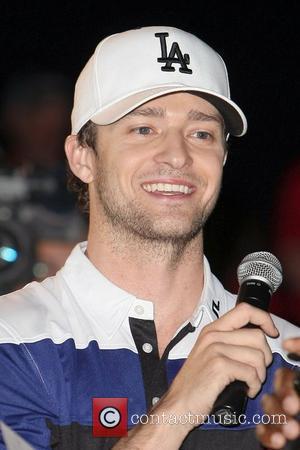 Picture: Singer Justin Timberlake attempts to win a $1 million donation for Shriners Hospitals for Children by hitting a hole-in-one as part of his charity...

PRECIOUS star GABBY SIBIDE has opened up about a teenage obsession with Justin Timberlake's former boy band 'N Sync.
The actress, who plays an abused, overweight teen in the acclaimed new movie, admits she once toured America trying to get close to her pop idols.
Now a star herself, Sibide says, "I was 16. It was a different world when I was 16."
Sibide, who boasts about seeing 'N Sync 23 times in concert, reveals she was among the superfans who shut down Times Square in New York when the band appeared on MTV's TRL show.
She recalls, "I was holding a sign... Justin's birthday is January 31st and Joey's (Fatone) birthday is the 28th and we were holding this sign: 'Please let us up to say happy birthday to Joey and Justin'. That's how fanatical I was."