He advised others not to follow his lead of a voting booth selfie.

It seems Justin Timberlake has learnt his lesson about taking selfies in voting booths, but he revealed during his appearance on 'The Tonight Show Starring Jimmy Fallon' that he had no idea it was against the law to do so when he posted that picture. 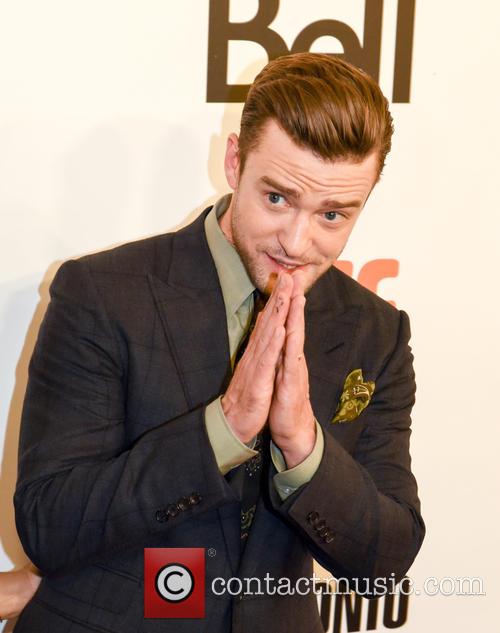 Timberlake has been a big Hillary Clinton supporter through the campaign and on Wednesday night (October 26th 2016) he encouraged all to vote, but avoid the temptation of photographing it. Because, like, it's totally illegal. It's actually an imprisonable offence to do so in his home state of Tennessee, and he can laugh it off and make fun of himself now only because he's officially in the clear.

'I recently voted. Super quiet, under the radar', he joked to Jimmy Fallon. 'Went home to Tennessee and voted super quiet and no-one even knew.' He went on to offer viewers a valuable piece of advice when it comes to voting in the presidential election. 'Get out and vote but don't take a picture of yourself in there', he said. 'I had no idea! I was like, 'This is gonna be great, I'll inspire people to vote!''

The incident occurred on Monday (October 24th 2016) when he posted a shot of himself at the ballot of the New Bethel Missionary Baptist Church in Germantown, Memphis on Instagram. His intentions were honourable, but he didn't realise he actually risked up to 30 days in prison and a $50 fine.

'Hey! You! Yeah, YOU! I just flew from LA to Memphis to #rockthevote !!! No excuses, my good people!' He wrote in the caption of the now deleted image. 'There could be early voting in your town too. If not, November 8th! Choose to have a voice! If you don't, then we can't HEAR YOU! Get out and VOTE! #excerciseyourrighttovote.'

More: Justin Timberlake opens up about his new movie 'Trolls'

Following the event, a statement was released saying that he was 'under review', but that turns out not to be true and, thankfully, the singer is off the hook. 'No one in our office is currently investigating this matter nor will we be using our limited resources to do so', the Shelby County District Attorney General Amy Weirich told CNN in a statement.