Justin Timberlake Has A One Way Ticket To Saturday Night Live!

Justin Timberlake has announced he will return to SNL on March 9, 2013 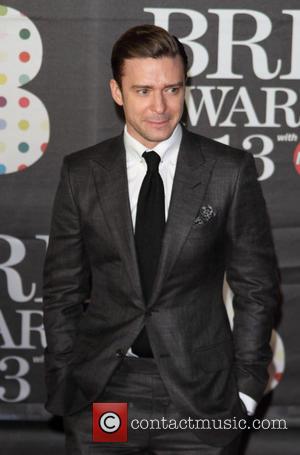 Justin Timberlake will make a triumphant comeback to Saturday Night Live, acting as both host and musical guest for the evening on March 9, 2013, a week before the anticipated release of his new album The 20/20 Experience. It's a tough gig, though if anyone can do it, it's Timberlake, having helmed the show on four previous occasions.

According to the Hollywood Reporter, comedian Kevin Hart will host on March 2 with musical guest Macklemore & Ryan Lewis, of Thrift Shop fame. Timberlake is certainly stepping up the promotion for his new record, also agreeing to appear on Late Night With Jimmy Fallon on every episode for the week commencing Monday March 11. He'll perform each night and sit down for a chat with Jimmy on the Monday and Friday.  Fallon did a similar week long celebration when Bruce Springsteen released his Wrecking Ball album last year.

The 20/20 Experience will be released March 19 on RCA Records, with Timberlake having already released two singles, Suit & Tie with Jay-Z and Mirrors. He's also performed new tracks Pusher Love Girl and That Girl live, while signing up to headline London's Wireless Festival in the summer.

It's looking like a pretty big year for the Justin.