Justin Timberlake's mother is 'so excited' about baby

Justin Timberlake's mother Lynn Harless can't wait for him to become a father for the first time this spring and his pregnant wife Jessica Biel is ''feeling really good.'' 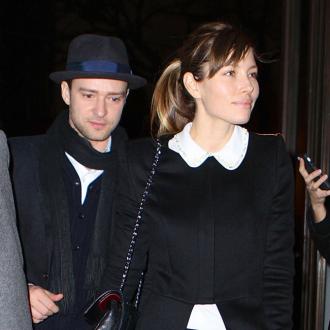 Justin Timberlake's mother can't wait for him to become a father.

The 'Mirrors' hitmaker's wife Jessica Biel is reportedly five months pregnant with their first child and the couple's families, including his mother Lynn Harless, are already preparing for the tot's arrival.

A source said: ''Justin's mom is so excited about the baby.''

The couple have yet to officially announce the 32-year-old actress is pregnant, but the insider told E! News she is ''feeling really good.''

Justin's former 'NSYNC bandmate Joey Fatone claimed he had finally been given permission to ''talk about'' Jessica's pregnancy last month.

He said: ''He told me a while ago, and I kept my mouth shut. But now I can talk about it!

The 'Total Recall' beauty attempted to hide her growing baby bump with baggy clothing while catching a flight at Los Angeles International Airport last month and a source previously claimed the couple were ''worried'' about sharing the news.

The insider said: ''They've been trying for a while to get pregnant, there've been some issues so that's probably part of it too, they don't want to announce it until it's further along and they're out of the woods for a miscarriage.''