Two admirers of George Michael became upset after his concert in London on Saturday (29.10.11) after mistaking Justin Timberlake for his new boyfriend. 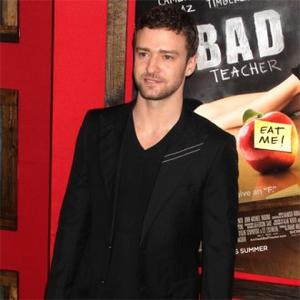 Justin Timberlake was mistaken for George Michael's new boyfriend after the British singer's concert on Saturday (29.10.11).

Two men were attempting to flirt with the 'Freedom' singer after his solo gig at London's Royal Albert Hall on Saturday but reportedly stormed off in a jealous rage when Justin approached George - who recently revealed his relationship with long-term partner Kenny Goss ended two years ago - for a chat.

A source said: "Loads of young good looking guys were hanging off George, trying to chat him up but he wasn't having any of it. Hilariously, when JT went over to chat to him, two men flounced off, failing to recognise Justin and thinking he was George's latest conquest.

"One made a bitchy comment about JT only being after George for his money and was glaring at him menacingly all evening, threatening to 'have a word'."

While Justin wanted to chat to George about a possible duet, the 'In Time' star - who recently reconciled with on/off girlfriend Jessica Biel - reportedly also wants to find a man for the 'Praying for Time' hitmaker because he knows how hard it is to be alone.

The source added to the Daily Mirror newspaper: "Justin's been pretty on and off with his girlfriend Jessica Biel and knows how George is feeling after splitting with Kenny.

"Justin was asking George what his type was and if there was anyone he would like to be introduced to.

"In the end the guys did actually swap numbers but only because Justin said he'd love to work with George one day. They are really keen on getting a collaboration finalised."