Justin Timberlake Looked 'Like A Moron' In 'N Sync

Justin Timberlake thinks he looked like a ''moron'' when he was in group 'N Sync. 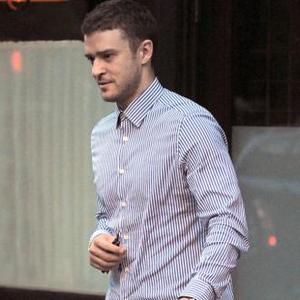 Justin Timberlake thinks he looked like a ''moron'' when he was in 'N Sync.

The singer-turned-actor says he has only one regret in his career with the group and that was his embarrassing style.

He told the May issue of Details magazine: ''There were many moments in my teenage years where I succumbed to, um, the weirdness of the group I was in. And in trying to conform - we're marionettes! - I ended up looking like a moron.''

While his style may have been trendy a decade ago, the 31-year-old 'Friends With Benefits' star isn't a fan of the approach to grooming some men take even these days.

He added: ''I don't like when I see guys do too much hair gel. I don't mean Pauly D - because that's basically performance art. But when you use enough hair gel that your hair becomes a sculpture - and you wanted it to look that way? It's just weird.''

Justin revealed no hair is much easier than the blonde curls he once sported.

He continued about shaving off his signature locks: ''It's scary the first time you do it, because you don't know what's under there -- you could have some weird knot -- but a shaved head is just so easy.''