We interrupt your Monday to bring you ADORABLE BABY PICTURES.

As a general rule, all babies are adorable, but not all babies get their first pictures published  on twenty different news outlets. Then again, Silas Randall Timberlake isn’t just any baby – he’s the progeny of Jessica Biel and Justin Timberlake, which makes him super adorable and super over-exposed. 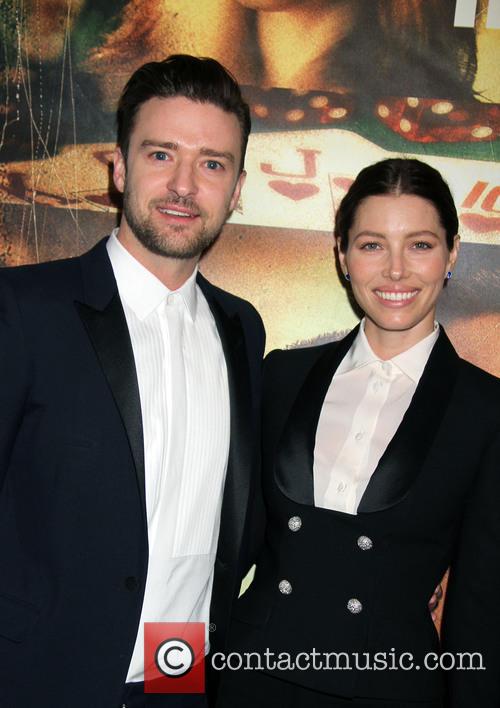 Just when you thought this family could not get any cuter.

The couple posted the first snap of the baby themselves, instead of taking the “sell to People for a few million” route. The picture shows Jessica Biel holding little Silas, who is all decked out in his teeny tiny Memphis Grizzlies jersey. He’s sporting what we’ll call the “sleepy yawning smush” face. It’s all kinds of adorable.

The tweet followed up on the birth announcement, made by the pair just last weekend. This is the first child for Biel and the 34-year-old singer and actor. The date the actress gave birth was not revealed.

The original pregnancy announcement followed up on months of speculation. Timberlake officially confirmed they were expecting a baby back in late January with an adorable baby bump pic of Biel and the caption,

"Thank you EVERYONE for the Bday wishes! This year, I'm getting the GREATEST GIFT EVER. CAN'T WAIT. #BoyOrGirl #YouNeverKnow #WeDontEvenKnow #WeAreTakingBets." The accompanying photo showed JT planting a kiss on his wife's baby bump.

He didn’t manage it back in the NSync days, but JT and his family might just kill us with cuteness.