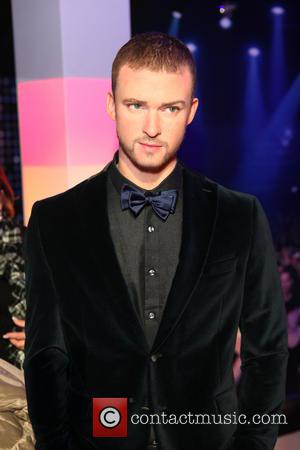 Justin Timberlake commemorated his return to the venue where his former group 'N Sync last performed together by dedicating one of their songs to bandmate Chris Kirkpatrick, who was in the audience to support his pal.

The Suit and Tie hitmaker brought his The 20/20 Experience tour to Ft. Lauderdale, Florida's Bb&T Center on Tuesday (04Mar14), and the fact it was the place where the boy band ended its last tour in 2002 was not lost on him.

During his concert, he said, "This building was the last 'N Sync performance. A lot of history for me in this building."

He added, "One of my very best friends, I've spent so much time with in the last couple weeks, who's come out on tour with me is Chris Kirkpatrick. We've had a blast together (and) he's somewhere in here tonight. Chris, I love you, man."

He capped his nostalgic moment off by surprising the audience with an acoustic version of 'N Sync's 2001 hit Gone.