Justin Theroux feels uncomfortable in the Bel Air mansion he currently shares with fiancee Jennifer Aniston so wants to sell up and find a smaller place. 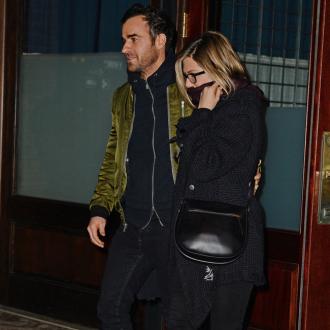 The 42-year-old actor and his fiancee Jennifer Aniston have met with estate agents to discuss selling their Bel Air mansion - which they have spent around $3 million renovating since buying it less than two years ago - because the 'Your Highness' star is uncomfortable in so much space as he is used to more intimate properties after living in New York for so long.

A source said: ''Justin is a New York native and is far more comfortable in a smaller space.

''The Bel Air mansion can feel more like a show home than somewhere they can relax together.

''It's not officially listed as Jen's got a property mediator sourcing potential buyers first. She wants to see if she can get a good return on it before placing it on the market.

''If that happens, she's looking into buying a new penthouse in New York and keeping her Hollywood Hills property as an LA base.''

The couple are said to already have their eyes on a potential new home - the $3 million Beverly Hills property they rented while their Bel Air mansion was being renovated.

The source added to Britain's Grazia magazine: ''The house is luxurious, but feels like more of a home than the Bel Air property.

''And it has happy memories as it's where they got engaged. Justin's spent so much time in New York that the Bel Air house doesn't have much sentimental value for them.''