Justin Theroux has revealed he had a huge crush on Blondie singer Debbie Harry when he was a teenager and felt as though his dreams had come true when he met her at an event and kissed her on the cheek. 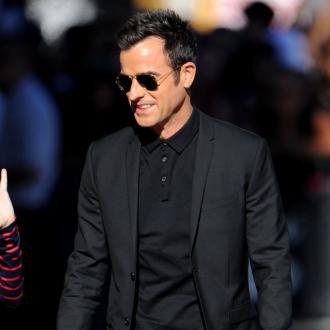 Justin Theroux has a crush on Debbie Harry.

The 42-year-old actor - who is engaged to 'We're the Millers' star Jennifer Aniston - first developed a soft spot for the ''gorgeous'' Blondie singer, 69, when he saw her picture on the cover of a cassette as a teenager.

Quizzed on whether he'd had a crush on any celebrities when he was younger, Justin said: ''Debbie Harry was a big one for me. Yeah, Debbie Harry from Blondie.

Justin - who is currently starring in HBO TV series 'The Leftovers' - confessed it was a dream come true when he finally came face-to-face with his dream woman at an event a recently.

Speaking on 'Jimmy Kimmel Live!', he continued: ''Then I actually got to meet her ... I met her like only a couple of years ago so it was sort of a dream fulfilled.

The 'Wanderlust' star also spoke about the time he spent living in Tokyo, Japan, where he worked at a circus as an ''assistant manager'' on a snow-cone stall.

Commenting on whether he felt as though his life was a circus, he said: ''It is like a circus ... Well, it's not that much ... I mean, I worked at the circus before but it's not that bad.

''I went there [Japan] to make some money for college, for a summer job or whatever ... I ended up getting a job as sort of an assistant managerial position selling snow cones.''