Jennifer Aniston may not invite mother to wedding

Justin Theroux wants Jennifer Aniston to completely forgive her mother Nancy Dow for being indiscreet about the actress in the past and has urged her to invite her to their wedding. 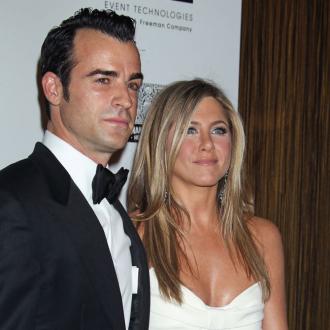 Justin Theroux wants Jennifer Aniston to completely reconcile with her mother before they get married.

The 41-year-old 'Wanderlust' actor, who got engaged to the former 'Friends' star last summer, wants her mother Nancy Dow to be present when they exchange vows.

A source told the MailOnline website: ''Right now, Jennifer is going back and forth. As it stands, she's going to invite Nancy to the wedding - but it's not set in stone.''

Jennifer cut her mother out of her life after Nancy released a tell-all book in 1999 'From Mother and Daughter to Friends: A Memoir' and did not invite her to her first wedding to Brad Pitt.

However she rushed to her mother's bedside last year when she suffered a stroke.

The insider added: ''Justin has been instrumental in convincing Jen to reconcile with her mother. He's encouraged her to forgive Nancy for writing a book about Jen and giving interviews about her that she regarded as excessively indiscreet.

''Two years ago Jen was adamant she'd never talk to her mother again. Justin has asked her to give her mother another chance especially as she's been recovering from a hip operation.

''Justin's mantra is that time heals and he's urged her to invite her mother to the wedding.''

Jennifer, 44, has formed a close bond with Justin's own mother Phyllis Grissim-Theroux, who is trying to convince the actress to relocate to New York, and was spotted having dinner with her in Manhattan on Monday (22.07.13).

The source said: ''Jen and Justin's mother have bonded over a number of shared interests, notably trying to get Justin to curtail the speed with which he drives his motorbike.

''But she's also been instrumental in convincing Jen that New York is a great city.''