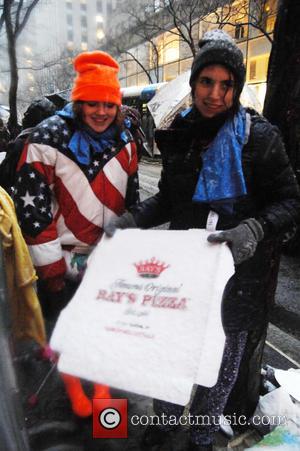 Now, you’d think that 32 year-old Patrick Carney would have thought better of dissing a teenager in public. It’s not very befitting of a grown man, insulting someone nearly half their age. No matter how much money that kid’s got. Then again, with all that money and influence and - no doubt – a hell of a lot of media training - at his disposal, you’d think that Justin Bieber would have thought better of saying that Carney “should be slapped around” for suggesting that Bieber doesn’t really need a Grammy, cos he’s so rich.

Sounds like childplay? Well, yep, we agree. But which one comes off looking worse? It’s hard to say really. Carney, after all was put on the spot and the drummer of the blues rock band probably wasn’t necessarily expecting TMZ to pounce on him at the Grammys and ask what he thought about Bieber being snubbed by the Grammys. In a nutshell, he replied that the Grammys are about music and not money – Bieber’s got tons of money, so he should be happy. And you know what? He’s kind of got a point! It’s not like Bieber needs the exposure of a Grammys win!

Now, we can forgive him a little immaturity, for his age, but Bieber’s response is hardly going to endear him to anybody (apart from his own fans and since when did he need to win them over?). His Twitter post was a lame attempt at a comeback and you know, we don’t mind a war of the words here at Contact, but practically inciting violence? Nope, we’re not cool with that. Carney wins this one, game over.