It really seemed as though Justin Bieber was going to break the mould. The young Canadian seemed unflappably charming, like butter really wouldn’t melt in that kid’s mouth. Could it be, we all thought, that we have found the very person to overturn The Curse of the Child Star? We’ve seen the curse strike all too many times before. Michael Jackson went fruit loopy over an extended period, Macaulay Culkin’s career hit a downward spiral from which he could never recover. Other child movie stars such as Corey Haim and River Phoenix ended up dead, taken from the world at such young ages. It seemed that as a pop star, unless you had the weight of the Mickey Mouse Club behind you, you probably wouldn’t make the transition to life as a successful adult pop star. And even if you did it would be a bumpy ride. Bieber seemed to be the kid of kid that would ride the storm though.

Justin’s career began when Scooter Braun – then a colleague of Usher’s – discovered Justin singing on YouTube back in 2007. Scooter went on to become a long-standing manager and close ally of Justin’s, steering him (or so it seemed) through the pitfalls of a life in the music business. Not only were they able to produce the kind of slick R&B that would make young girls and boys go weak at the knees with pubescent confusion, but Justin seemed like the kind of perfect all round, stand-up lad that you wouldn’t mind hanging out with. A pretty boy with nice hair, strong morals and one who – despite being one of the busiest teenagers around – would find time to spend with sick young fans, in order that their wishes could come true.

Even when he turned 18 and began to approach adulthood, as his music videos started to get a little racier, Justin and his team were still doing a really good job of fooling us into thinking that he’s a conscientious, hell, almost saintly vision of an 18 year old. Scooter presented Justin with his birthday present on the Ellen DeGeneres show. Yes, it was a fast car, yes it was an expensive car, but Scooter reassured us, by telling him, “You work really, really hard. I always yell at you don't get anything flashy. You know, we're not about that. Be humble, be humble. I kind of broke my own rule,” as he presented him with the $100,000 sports car. It’s OK though, it was a Fisker Karma electric car. “aaahhhh,” we all sighed, back in March, “he cares about the environment… he’s got an electric car.”

Justin gets his Fisker Karma on Ellen's show

Have you seen many pictures of Justin driving around in his Fisker Karma though? Most probably not. This could be for a couple of reasons. Firstly, because he seems to be more interested in driving around in his gas-guzzling Ferrari. Secondly, because he gave the car away to his pal Sean Kingston. Very generous of you Justin but, um, wasn’t that an 18th birthday present? You know that’s considered pretty rude, right? Even in the short space of time that he did drive the Fisker Karma, he managed to get cited for speeding in it. Not quite the angel we all had him chalked up as. Over recent months, Justin Bieber’s reputation is getting more and more heavily tarnished as tales of him being stopped by the police, smoking weed and generally acting like a spoilt brat have started to surface. The ugliest of these allegations came just a few days ago, when Justin was photographed apparently smoking weed, just a day after a paparazzo was killed whilst trying to take snaps of his Ferrari.

Even his final (?) bust-up with long-term girlfriend Selena Gomez seems to have ended bitterly, with the increasingly-cocky Bieber apparently telling her “don’t let the door hit you on the way out.” Teach you that in church did they, Justin? We think not. No one seems sure how those photos of Bieber smoking weed made their way past his tight security. He doesn’t go anywhere without them and according to recent reports, they make sure that anyone hanging out with Justin is made aware that any photos they take are very much the property of Mr Bieber. So did Justin manage to give them the slip for the night? Perhaps they’re simply tired of his behaviour.

Even before the tragic paparazzo incident, sources were telling the gossip columnists that Bieber was getting a bit too big for his boots and was refusing to listen to any of his staff. Just a couple of weeks ago, they warned “this could really damage his reputation if they don’t get it under control.” And control seems to be the one thing that slipping out of Bieber’s grasp right now. The PR team seem to have gone to ground, nobody’s falling over themselves claiming that Justin’s rep is being unfairly damaged here, though they’re lucky he hasn’t gne all-out wild child on them… yet. So, is Justin Bieber teetering on the brink of becoming yet another child star that cracks after spending their formative years conforming to the constraints of superstardom? Or will he somehow crawl out of this with that gleaming smile and slightly-tainted reputation intact? 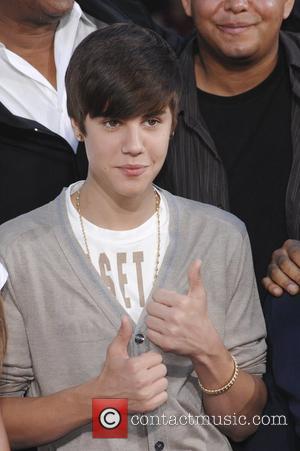 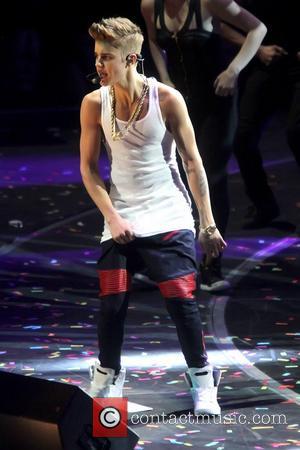 Justin Bieber through the ages... is he on the brink of being just another wild child?