Thieves spent three days burrowing through a wall before stealing more than £213,000 in takings from a Justin Bieber and a Bon Jovi concert in South Africa on Sunday (12.05.13). 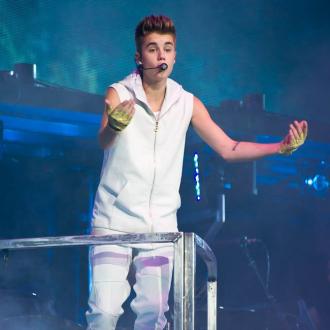 Thieves allegedly spent at least three days burrowing through walls at Johannesburg's FNB Stadium before swiping around three million rand just hours after the 'Beauty and a Beat' hitmaker had walked off stage.

The cash came from merchandise and refreshments sold at the 19-year-old star's show - part of his worldwide 'Believe Tour' - as well as takings from a gig by Bon Jovi the previous evening, but officials only realised the money was missing on Monday morning (13.05.13).

A police officer from nearby Booysens police station in Soweto said: ''The money was taken from the building and they only realised today.

''We don't know how many people were involved as we are still gathering evidence.''

The crooks - who are said to have been armed with chisels, hammers and ropes - are believed to have gained access to a room, where cash was stored, through the roof before lowering themselves down using a rope.

''They broke the tile of the bathroom between last night after the concert and this morning.''