So, Did You Steal Justin Bieber's Laptop? 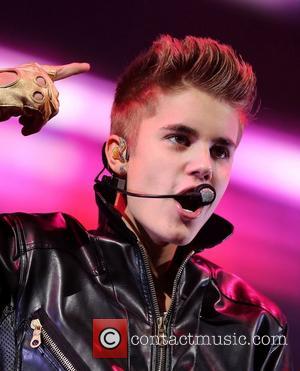 That's exactly what happened to the singer during a show in Washington state this week, with Bieber telling his 29 million followers, "sucks when u take personal footage and people dont respect your privacy," before adding, "yesterday during the show me and my tour manager josh had some stuff stolen. really sucks. people should respect other's property." Clearly anxious about the theft, Justin continued, "I had a lot of personal footage on that computer and camera and that is what bothers me the most." A Tacoma police spokesman didn't immediately return calls seeking comment and it's unclear if a police report has been filed.

In all fairness, it's been a rough week for Bieber, who is the latest victim of the 'swatting' prank trend currently targeting celebrities in Los Angeles. Essentially, somebody phones the cops and reports an emergency - usually involving firearms - at a celebrity's home. Heavily armed officers responded to Bieber's Calabasas home on Wednesday after someone reported a man with a weapon wandering around the premises. Authorities quickly established it was a false call-out. Last week, several units were dispatched to Ashton Kutcher's home after a woman reported she was hiding in a closet because there was a man with a gun inside.