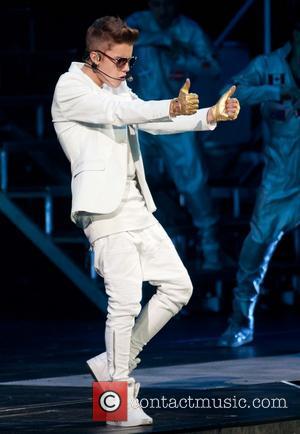 Justin Bieber's Mom, Pattie Mallete, has been involved in the making of a short movie that pushes anti-abortion views. The Chicago Sun Times has reported that his mother's film makes Justin Bieber very uncomfortable.

A source speaking to the Sun Times told them that Bieber is uncomfortable in general about political causes, "especially ones like abortion that are very divisive," they said. "He's all about entertaining his fans with his music and not interested in pushing a political agenda. ... Furthermore, I don't believe he agrees with his mom on this issue."

While Bieber may disagree with his mom's views, in many respects he owes his life to the views she holds, given that she became pregnant during her teens after abuse and drug problems, for many abortion may seem the 'easy way out'.

Part of Bieber's problem with the heat he's getting on behalf of his mother is just a little too much on top of the other negative press he's been getting lately. "First there was the alleged drug use," the source said, "then the mooning photo on Twitter this weekend. ... He doesn't need this [his mother's role in the anti-abortion film] on top of it."

He might be getting a lot of bad press, but he's still winning awards left right and centre: