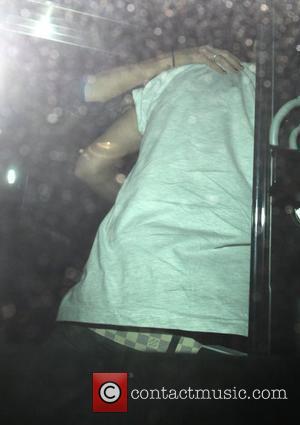 Justin Bieber says the MTV Movie Awards - which airs live from Los Angeles on Sunday (May 31, 2012) - is one of the his television highlights of the year, and has been from an early age. This year's show is shaping up to be one of the most competitive yet, though Bieber has his fingers crossed for one movie in particular.

Speaking to MTV News, Bieber spoke fondly of the glitzy awards ceremony, saying, "My first memory? I remember just watching it from a young age and always laughing and having a great time". As for who he hopes will take home the Golden Popcorn trophies this year, the Baby hit-maker mused, "I liked Bridesmaids. I need to see Hunger Games again. I need to see it because I went there the first night it came out and I fell asleep because it was like super-late. But I need to see it again". When pushed as to why 'Bridesmaids' should take the awards, Justin explained, "I just think it was funny. It's kind of like the female version of 'The Hangover.I thought it was funny". Bieber is likely to get his wish come Sunday, with 'Bridesmaids' set to battle 'The Hunger Games' for the majority of the evening's top awards.

This year's ceremony airs live from the Gibson Amphitheatre and will feature performances from the likes of Fun., The Black Keys and Wiz Khalifa. The ceremony will be presided over by British comedian Russell Brand and presenters include Charlie Sheen, Michael Fassbender, Andrew Garfield and EMMA WATSON.