Not only did Bieber not seek his permission, he apparently told Manson he had made him "relevant again", according to the rocker.

One of the more bizarre celebrity feuds of 2017 has broken out online, with polar musical extremes Justin Bieber and Marilyn Manson airing a dispute in the press over a T-shirt as the latter delivered a scathing interview about the Biebs.

The fracas began when Bieber began using Manson’s image on the front of a $195 Barney’s T-shirt — the phrase “Bigger Than Satan… Bieber” embroidered on the back, which went on sale back in July 2016. Designed by Jerry Lorenzo, the shirt (which is available without the Bieber graffiti for just $19), was held out as having been created with Manson’s permission.

“Thank you Marilyn Manson for signing off on the ‘Bigger than Satan’ x Justin Bieber tee,” Lorenzo wrote on Instagram in the summer of 2016. “Thanks for understanding our approach and re-interpretation of your vision. Never would of thought printing on my vintage T-shirt collection would take us this far.”

However, none of this had been done with Manson’s permission, as it transpired.

“He was [already] wearing the shirt that had his name on my shirt,” Manson, 48, told music site Consequence of Sound in a new interview published Wednesday (September 13th).

But it wasn’t just that Bieber was wearing the shirt, it’s what he said to Manson after the goth rock icon challenged him about whether he had the rights to do it.

“He said to me, ‘I made you relevant again’,” Manson recalled, adding that the 23 year old Canadian star had taken credit for the idea of using Manson’s image on the shirt. “Bad mistake to say to me.” 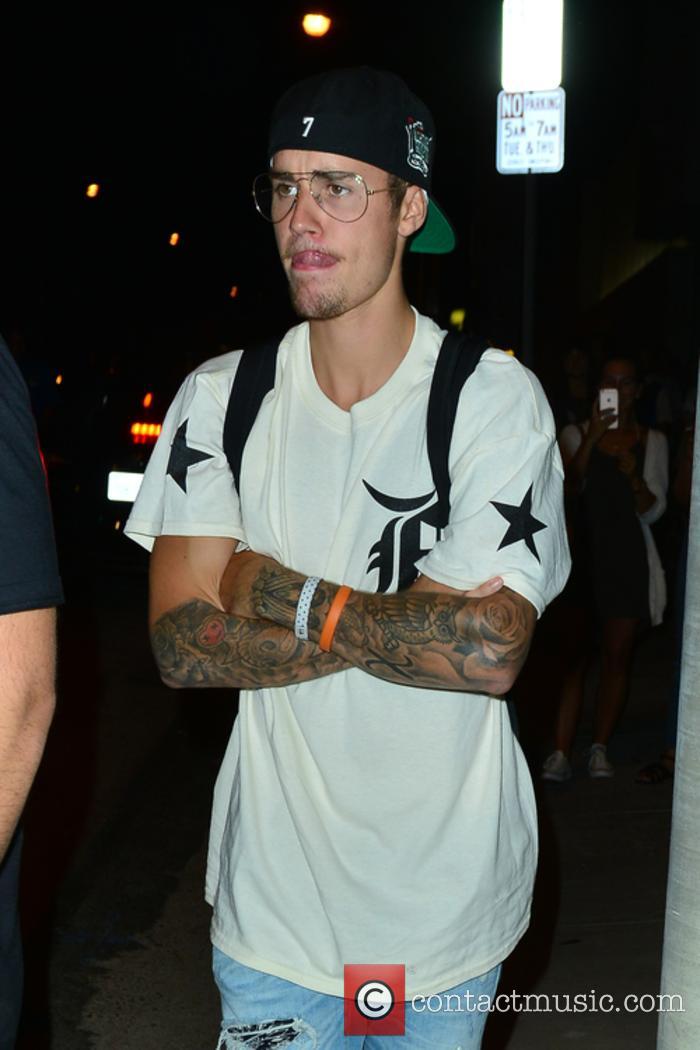 Biebs allegedly told Manson he had made him "relevant" again

As it was, Manson decided to play a prank on him in revenge, telling him he would duet with him when he had no intention of doing so. “I told him I’d be at his soundcheck at Staples Center to do ‘Beautiful People.’ He believed that I’d show up, because he was that stupid.”

Eventually, Manson prevailed in the dispute, and “took all the proceeds from those shirts from him,” claiming that Bieber and Lorenzo “didn’t even fight” him. “They were just like, ‘Yeah, we already know, we did wrong, so here’s the money’.”