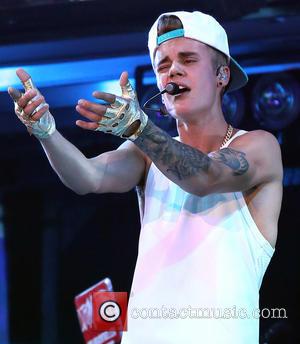 Justin Bieber has been branded 'Justin Thiefer' by British rapper Lethal Bizzle after the troubled pop star adopted his name on a social networking website.

The Baby singer has baffled fans by changing the name on his official Instagram.com page to 'Bizzle' and the move has outraged the hip-hop star.

Lethal Bizzle has sent a message to Bieber via Twitter.com, writing, "Oi Justin Bieber I hear your catting my name? Leave it yeah," and he also posted a picture of a news article about Bieber's name change next to his own disgruntled face with the caption, "Leeeeeave it yeah (sic)."

The star adds in a statement to British newspaper The Sun, "Myself and the Dench Gang (fans) ain't happy about it. Nothing cool about the cheesiest boy in pop using your name to be 'cool'. He needs to Leave it yeah! Justin Thiefer."