Justin Bieber's 'Boyfriend' Video - What Can You Expect? 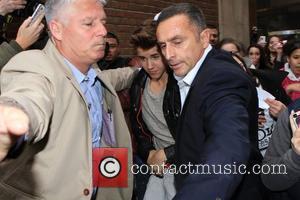 The video for Justin Bieber 's new single, 'Boyfriend' is scheduled to debut on MTV tonight (May 3, 2012) and the network have provided a run-down of what Bieber's fans can expect from the hotly-anticipated promo vid. The first thing that Justin has revealed is that the video will not be a literal interpretation of the lyrics. That means no visual references to 'Buzz Lightyear' or 'fondue,' both of which pop up in the song's lyrics at some point.
The video was shot on a rooftop in Los Angeles in March and photos that were leaked from the set show the teen popster "riding in muscle cars and chilling with an exotic-looking brunette, all under the watchful eye of his girlfriend, Selena Gomez". The main object of Justin's affections in the video apparently looks quite a bit like Selena and the video shows them enjoying a massive rooftop party and the video's director reckons that Justin probably had a hand to play in the casting, saying "I guess Justin has a type that he likes, so hey, you know, there you go."
Justin will be appearing on Mtv tonight, with Sway Calloway, to premiere the video. After the video has been aired, he will be chatting to Sway for around half an hour, giving inside information about the video as well his forthcoming album 'Believe,' which is scheduled for release on June 19, 2012. Last week, Justin attended a press playback of the album in London and managed to insult the Bbc Tv and radio presenter Reggie Yates by mocking his British accent.