Justin Bieber wants to pursue an acting career in the future. 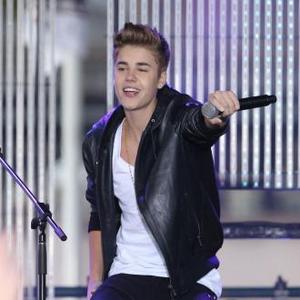 The 'Boyfriend' singer has been bitten by the acting bug and hopes to be cast in more roles in the future following his appearance on 'CSI: Crime Scene Investigation' in 2011.

The 18-year-old heartthrob played troubled teen Jason McCann on two episodes of 'CSI' and most recently made a cameo appearance as an alien in 'Men In Black 3' alongside Will Smith and Tommy Lee Jones.

The teen sensation - who is currently dating Disney star Selena Gomez - thinks his big break could come in the shape of a basketball movie he is planning with 'Ted' actor Mark Wahlberg.

Justin said: ''Mark Wahlberg and I - we've been working on The Script for a long time now.''

Mark recently commented that Justin was the perfect choice for his upcoming film project, assuring critics that the pop star really ''can act''.

He joked: ''It's set in street hustling basketball... Obviously, [Justin] is a very good athlete. He can play. But I also really think he can act.''

''We're just going to have to make him realise that he's playing a character so he can't have the same hairdo.''