16-year-old singer Justin Bieber has revealed his ultimate wish is to win a Grammy this year. 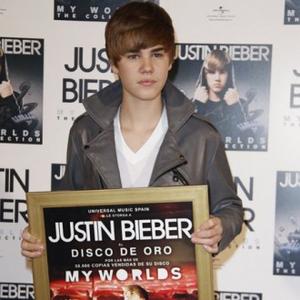 Justin Bieber wants to win a Grammy award this year.

The 16-year-old pop sensation - who is mentored by 'OMG' hitmaker Usher - revealed he is not content with his meteoric rise to stardom and is determined to win the prestigious music award in 2011.

Justin has previously revealed he still finds his sudden fame - which occurred after Usher stepped in to help rise Justin to fame when he was discovered on video sharing website YouTube by his now-manager Scooter Braun - daunting.

He said: "I just started posting videos online and then it just got to the point where they wanted to move me out to Atlanta and start recording songs."

Along with relying on Usher for advice, the 'Baby' hitmaker has also received some tips from his idol Prince.

The 52-year-old star - who is one of the Justin's biggest influences - said: "The key to longevity is to learn every aspect of music that you can, and I hope that he does pick up an instrument and gets a good teacher."