Justin Bieber treated fans to a sing-along of his latest single 'Boyfriend' with an impromptu performance of the hit track outside the 'Tonight Show With Jay Leno' studio in California. 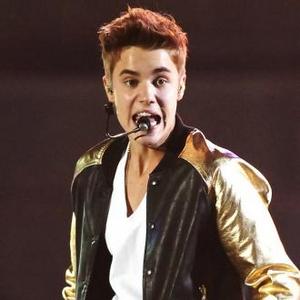 Justin Bieber treated fans to a sing-along of his latest single 'Boyfriend'.

The 18-year-old singer surprised a host of his supporters waiting to catch a glimpse of their idol outside the 'Tonight Show With Jay Leno' studio in Burbank, California, by blasting out his hit track much to the delight of his fans yesterday (27.06.12).

Justin pulled up to the studio in a black van and was greeted by screams and cheers before he got out and started interacting with his delighted supporters before introducing his guitarist Dan Kanter and launching into a stripped back version of the song.

Dan wrote on twitter: ''We played acoustic for all the fans waiting outside the NBC gates. Great to see how much JB appreciates his fans. (sic)''

Following the impromptu performance, Justin entered the building and was interviewed by host Jay Leno before playing 'Boyfriend' for the second time in one day.

It's not the first time the 'Never Say Never' hitmaker has treated fans to a surprise performance. He sang 'Boyfriend' to supporters on a balcony in Paris and at his hotel in Mexico earlier this month.

Justin created a traffic Jam with his performance outside the Universal Music headquarters in the French capital by singing to hundreds of fans armed with a megaphone and with Dan strumming on his guitar in the background.